A Welcome Step Towards A More Cooperative UK 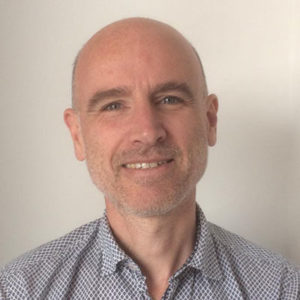 Eddie Barnes is Campaign Director of Our Scottish Future

OUR Scottish Future’s mantra is that it is only through cooperation on these islands that we can all progress. We campaign for deeper cooperation across the UK because we think this is the way to solve so many of our greatest causes. The challenge of net zero, the need to grow the economy, the quality of our healthcare – all rely on our governments cooperating in the interests of all. We support Scotland’s place in the UK because we think a political union is the best way to support this cooperation.

We therefore welcome a new paper published this week by Michael Gove, the Secretary of State for the Government’s Department for Levelling up, which seeks to highlight the benefits of UK wide cooperation. “The Intergovernmental Relations Annual Report” Intergovernmental Relations Review Annual Report for 2021 – GOV.UK (www.gov.uk) sets out the full extent of joint working between the UK and devolved governments over the calendar year between January and December 2021. For the first time since devolution, here is Whitehall seeking to extol the benefits of joint working and collaboration. That in itself is real progress.

It’s also a useful corrective to the prevailing narrative that both governments are constantly at each other’s throats. It reveals that more than 440 meetings between the UK Government and the devolved governments took place last year. On Covid, the paper points out that government cooperation led to the successful delivery of the vaccine last year. It notes that. during COP26, the same cooperation saw the UK, Scotland and Glasgow set out a positive face to the world. And working together on City and Growth deals, it argues that cooperation has led to tangible benefits across the country. “While we do not always agree, we have shown in the most challenging of times that we can put our differences aside and work together in the interests of the people we serve,” says Mr Gove.

A critic might note here that the extent of cooperation between the UK and the devolved governments remains a work in progress (our own analysis of cooperation, which analysed the patchy record of UK-Scottish cooperation during Covid can be found here Pandemic Underlined Case For More Cooperation | Our Scottish Future).  Nonetheless, for the UK Government to be now going out of its way to highlight the benefits of cooperation is unambiguously a good thing.

It shows that the debate around the future of Britain has moved on. Only a matter of months ago, so-called “muscular unionism” was being heralded in some quarters as the way forward. This would have seen London attempting to assert its authority over the devolved nations, asking people to choose between the British and Scottish nations. If ever it really existed in the centre of power, this ill-conceived idea has now bitten the dust. Mr Gove’s paper shows that the debate over the future of our country is over how we deliver the more cooperative UK that people across the country say they overwhelmingly want. That is a positive and healthy debate to have.

One further question is left hanging from Mr Gove’s paper. Ministers in the Scottish Government may well feel that it paints too rosy a picture of inter-governmental relations between London and Edinburgh. If so, should they not also produce a separate document analysing how inter-governmental relations have operated over the last year? Should they not set out the kind of reforms they want to see in order to improve the way Britain works? The path to a more cooperative UK requires the input of the devolved administrations; they are the ones with first hand experience of dealing with Whitehall. It’s time for the Scottish, Welsh and Northern Irish Government to set out their views too.