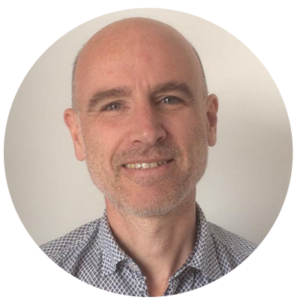 Campaign Director of Our Scottish Future

“FULL fiscal autonomy would be a disaster for Scotland”. So Gordon Brown told an online Our Scottish Future audience of more than 300 people last week as he set out his vision for his nation as part of the United Kingdom.

The idea of full fiscal autonomy has come to the forefront of Scottish constitutional debate in recent weeks. Under this arrangement, Scotland would remain in the Union but in name only. Fiscal transfers would end. Instead, Scotland would rely on its own taxes and income for its own expenditure. Scotland would essentially pay the UK to provide services such as defence, foreign affairs and security. It wouldn’t quite be divorce, more an accommodation so as not to traumatize the children too much.

As Mr Brown set out on Wednesday evening when asked about his stance on the policy, he does not believe it is a good idea.

Firstly, there is the brass tacks argument, which Mr Brown went through during the online event.  Scotland currently has a immense fiscal deficit which, even before the pandemic, consistently hovered around 10% of GDP. Shorn of fiscal transfers from the rest of the UK, this would leave Scottish public services in an enormous hole. “Full fiscal autonomy” would indeed be a disaster for Scotland.

But while these numbers certainly demonstrate the foolhardiness of fiscal autonomy, they do not provide the core argument behind Mr Brown’s objections to it. To do so, we need to go deeper. As he explained, what he is proposing both for Scotland and the entirety of the UK is “the right balance between autonomy and cooperation”. No matter where they live in the UK, everyone, he argues, should feel treated like a “first-class citizen” while at the same time having the best opportunities possible that come through access to a wider Union.

Over the last 25 years, the “autonomy” part of that equation has been the central focus of political attention by both Labour and Conservative governments. In Scotland, overwhelming popular support for devolution led to the creation of our Scottish Parliament in 1999. Similarly in Wales. The same move towards more autonomy has been extended to England too, from the creation of the London mayoralty to the new metro mayors across the midlands, the south-west and the north. The Government’s ‘levelling up’ agenda is likely to further accelerate the move towards more powers and responsibility being pushed out of Whitehall and into the nations and regions of the UK.

In Scotland, the debate around the right level of autonomy under devolution will doubtless continue – after all grievance over powers, or the perceived lack of them, is the central defining feature of Nicola Sturgeon’s SNP government. However, what Mr Brown is most concerned with is not this question but rather the “cooperation” part of the equation that, over these last 25 years, has been left ignored by governments of all colours.

As former Prime Minister Theresa May put it, the UK Government has tended to “devolve and forget”. The question of how the centre works with the newly empowered nations and regions of the UK has not been given the attention required. The consequence of this is that Britain’s system of governance these days is rather like a computer running on two completely different Operating Systems. There is the old Whitehall dominated command and control system whereby decisions emanate from the capital and are carried out by functionaries around the land.  There is the newer system, run by regional and national governments, who see themselves as the prime movers in their localities and want Whitehall to do their bidding, not the other way around. Running these two systems at the same time is a recipe for permanent conflict, and one that the SNP exploits on a daily basis. Attempts to manage it have been piecemeal. The double crises of Brexit and Covid have demonstrated just how inadequate those efforts really are.

Mr Brown’s view is that addressing this is now urgent. The “unfinished business of devolution”, he said on Wednesday evening, is “less about powers here and there and more about cooperative working relationships” and that, he suggests , is the priority now. And it is not just a technical issue for Mr Brown.  He talks about “the creation of a new Britain to deliver what cannot be achieved by Scotland, England, Wales and Northern Ireland alone: the pooling and sharing of resources across the country that guarantees equal opportunities for everyone based on equal responsibility accepted by all.”

So the debate going ahead is about what is required to bring about this more cooperative Union. For Mr Brown, the answer starts with change at the centre. He wants to reform the House of Lords to make it a more democratic second chamber of the nations and regions. He also wants to create a new UK wide council of the nations and regions to allow governments from across the UK to work more closely together. This would sit side by side with, and have a wider remit than, the intergovernmental relations body Boris Johnson upgraded last week and renamed the Council of the Nations. Our Scottish Future seeks to set out some of the practical examples of how this cooperation might work – on, for example, job creation, carbon neutrality, and transport.

Mr Brown’s critics are more than welcome to oppose his proposed reforms to the UK if they wish. But as we consider the future of the UK, a start would be to make sure we understand the terms of that debate. Ideas for more autonomy for the Scottish Parliament will rightly come forward over the coming months but the core matter ahead for Scotland, and all parts of the kingdom, is whether people can continue to identify with Britain and how this varied, unique, and multiform country can cohere and collaborate so that we have a purpose moving forward and can continue to be more than the sum of our parts.