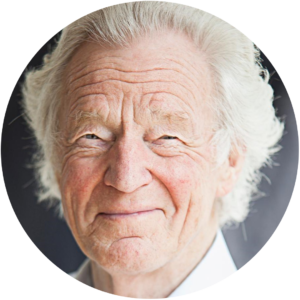 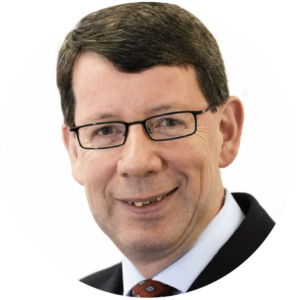 Over the last 18 months, the Covid pandemic has demonstrated the need for an integrated and coordinated approach to healthcare.  Across the United Kingdom, the procurement of PPE, the sharing of expertise, the development of diagnostics and the roll-out of the vaccine required health systems to work together in a joint emergency effort. This approach – where successful – is a model for how we should deliver healthcare not just during moments of crisis but as a matter of course.  This short paper calls for this model of integration to be applied across the United Kingdom NHS to the benefit of all.

The Development of the NHS

The twentieth century’s healthcare revolution was the based on the rise of bureaucracy and the market. Big bureaucracies such as governments and drug companies, healthcare organisations like hospitals, and markets like the pharmaceutical and diagnostics industries, greatly improved the means of diagnosing and treating disease. Of course, the NHS itself is a testimony to the benefits of bureaucracy, a term which has become negatively associated with inefficiency and bias, in part due to the writings of Franz Kafka and in part due to Jay and Lynn’s Yes Minister. However, bureaucracies are essential for relatively straightforward activities such as the fair and open employment of staff, and the optimal procurement of equipment and maintenance of estate, for example.

An experiment with the market as the primary means of organising healthcare was tried in England in 1990’s, based on the belief that competition could be used to drive up standards, but the 2021 Health White Paper and Bill dismisses the market as a means of coping with the challenges that the NHS faces in the decade to come.

Instead, the White Paper is called Integration and Innovation and uses the term ‘system’ 251 times.

This reflects a growing awareness among students of organisation about the need to build systems to meet complex challenges. The Nobel Prize for Economic Science was jointly awarded in 2008 to Elinor Ostrom and Oliver Williamson. Williamson’s contribution is set out below.

“if the market is a marvel, then why do we need firms? ​But then the question can be turned around. ​If internal organisation enjoys advantages over markets, then why is not all production carried out in one big firm?”

“If those using the resources are allowed to manage those common pooled resources themselves, then sustainability is possible. They become stewards.”

Towards a New UK-Wide Systems Approach to Healthcare

We envisage an interdisciplinary, transnational systems approach to the delivery of healthcare across our NHS, with a system being a set of activities with a single common set of objectives which focusses not on institutions or technologies but on sub-groups of the population with the same need such as people with asthma or people with back pain or people in the last year of life for example. Systems are delivered by networks, defined by us as a geographically disparate group united by their obsessional focus on the common objectives.

The first step is neither to consider nor reinvent (yet again!) the bureaucratic structure of the NHS, but rather the populations whom we serve, as defined by need.  For example:

What is needed is a system specification, or contract setting out the aim, the objectives, the criteria that will be used to measure progress or the lack of it, and the standards that should be achieved. Establishing the system specs should give voice to representatives from each of the devolved administrations, unite stakeholder patients, healthcare professionals, policy makers, economists, managers with experience of systems operations, engineers and consider harnessing military logistic expertise. The system should also have a budget bringing together all the little elements of expenditure dotted about in the various bits of structure that deal with, for example, back pain. This emphasises the role of members of the system as stewards. The system should be delivered by networks and the networks should take into account, to use the language of the military, the local history, geography and politics, with the network being the level of operational command, whereas the system is the level of strategic command.

as “care that is not consistent with a patient’s preference or related to a patient’s underlying illness”. Data presented in many published articles have shown that considerable variation exists across the United Kingdom in clinical outcomes or rates of treatment that cannot be explained by disease prevalence, evidence-based care or patients’ illnesses and comorbidities. Using systems across all four nations of the United Kingdom permits a deeper understanding of this variation, permits benchmarking of key clinical outcomes and therefore drives an agenda to bridge the ever-widening health equity gap, elevating the least well performing towards the best.

Our NHS has good existing examples of operating systems, particularly for whole population-based services such as immunisation and screening. Breast cancer screening, for example, was based on work led by the University of Edinburgh and adopted using the experience of programmes in Nottingham and Guildford. Since that time twenty-five years ago, all screening programmes have been developed using systems and networks, and so too has the management of many cancers.

Although health is politically devolved, we believe that there are major benefits for all citizens if we could create systems that span the United Kingdom. Indeed the outcomes for asthma should be the same in Manchester, Motherwell, or even Melbourne and Manitoba. Variation in the provision of asthma services and non-compliance with the best available guidelines increases the potential for poor clinical outcomes and waste or resources. For example, it has been estimated that anywhere between 50 and 70% of asthma medications are wasted through lack of effective inhaler technique, putting more pressure on our emergency hospital services. The cost of asthma to the NHS is estimated to be between £1-1.5 billion, but does not exist as a budget that could be deployed as a national asthma service. The benefits of a systems approach are obvious to reduce this massive degree of unwarranted variation – simply by applying the knowledge that we have in a systematic fashion will save lives and money.

We call on the leaders of our NHS to work together to explore the benefits of this integrating approach to improving the delivery of health.

The roll-out of the vaccine demonstrated how a UK wide system and a local delivery plan can combine to provide high quality and equitable outcomes for communities across the country. Few people have had cause to complain either about the standard of service, or about some parts of the country receiving their vaccine later than others.

In real-time, we have seen how it can work. A new integrated approach for many other diseases and symptoms should now be considered by the four nations of the UK to ensure greater quality of healthcare for all.

Sir John Armstrong Muir Gray CBE FRCPSGlas FCLIP is a British physician, who has held senior positions in screening, public health, information management. and value in healthcare. He is currently the Chief Knowledge Officer for EXi, a digital health therapeutic prescribing exercise to people with or at risk of up to 23 long-term health conditions

Professor David James Kerr CBE MA (Oxon) DSc MD FRCP FRCGP FMedSci is a British cancer researcher and clinician who chaired the working group which delivered the ‘Kerr Report’ a 20 year plan for Scotland’s NHS. He is Professor of Cancer Medicine at the University of Oxford.

For the Scotland we deserve

At Our Scottish Future, we believe Scotland can do better.

We can have a better politics than one of constant division and suspicion.

We can to do better on protecting our NHS, fighting poverty and inequality, and on saving our shared environment.

And we can do better by better cooperation, because not only are we united with our fellow Scots in looking for something better, but with people across the UK.

Join us, and help us build a positive, progressive and patriotic movement for a better Scotland in a reformed UK.