Reality Has a Habit of Catching Up With All Of Us 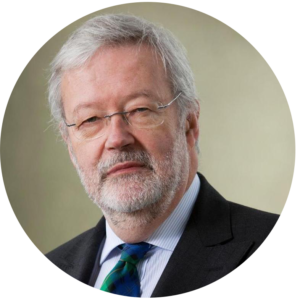 Reality usually catches up with all of us, no matter how hard we try to explain things away. Governments too. Not even the SNP’s record amount of spin doctoring could disguise the harsh realities behind Kate Forbes’ spending announcement yesterday. Chickens are coming home to roost, and we are none of us going to like it.

The UK as a whole faces some big fiscal challenges. Inflation puts huge pressure on public service wage budgets, on pensions and benefit bills and on families generally. Public services are still struggling after covid, notably health, where waiting lists are at record levels. The Ukraine war adds to the difficulties. This was always going to be a very tough time.

But much of Scotland’s pain is self-inflicted.  Several hundred million pounds of public service cuts will come from the mess the SNP made of their tax decisions before the election. Relying on bad overestimates of the extra they’d get from increasing income tax on the better off, they cut rates a wee bit for most taxpayers and increased spending commitments with the money they didn’t have. They had the chance to fix that before the election, but refused to do so. Must get re-elected, after all.  Instead they borrowed an eye- watering £470m from the UK Treasury, which will need paid back. Result: bigger cuts.

More cuts are the price of some quite spectacular incompetence. The Scottish government cannot build a boat on the Clyde, despite owning both the ferry company that’s buying it and the shipyard building it. It cannot count the population successfully, though every other government in Scotland has managed a census each decade since 1801. These failures cost money, and some hundreds of millions now has to be found from other public services in the cuts Forbes announced.

Of course it’s all Westminster’s fault. Really?  Seldom has this constant complaint been less plausible. Westminster’s contribution to all this is the Barnett formula, which ensures Holyrood’s spending is over 25% higher than the equivalent in England. Kate Forbes’ job is to ensure we get 25% better public services from it.

What of her choices? Forbes was at a pains to say this wasn’t a Budget. It sure wasn’t. No hint of any tax decisions, and rather a lot of implausible spending plans. Her approach was to announce the favoured areas where the overall rise in her budget will be allocated, and signal her committment to them. For much of the rest it’s four or five years of ‘flat cash’ – no increases at all at a time when inflation is already hitting 9%. But no hint of what that really means.

She chose to protect the billion and more extra her government had allocated to devolved social security benefits, mostly for the disabled, but some for families with children. Many will welcome that, though it could perhaps have been done quicker and cheaper. But it is money that will not go on health or education.

Beforehand she’d promised to protect economic development spending, maybe in the hope of growing the economy and bringing in more tax. Great if it works, waste when it doesn’t. Over the last ten years it hasn’t. Scotland has spent proportionately more much more on economic development than the rest of Britain and got worse results. Maybe we should be relieved she’s cut it instead.

Health and social care is going to be a major problem, which these plans will not solve. Covid exposed serious shortcomings in social care, which will take maybe a billion pounds a year to fix. But the 2.5% rise for health and social care won’t even touch the sides of the wage bill, and there’s not even the smidgen of a plan for living within the spending proposed.

That’s the big problem with Forbes’ statement. She’s happy to list the things extra money will buy, like £20m for another independence referendum. (At least that’s likely to be saved.) But she shies away from the implications for rest of public services. Is it realistic for the Scottish Police or the Universities have no increase at all for five years? Or to freeze local government funding at the same cash level for all that time too?

No responsible government should produce numbers like that without acknowledging they mean radical public service reforms to have any hope of living within the big cuts, and at least the start of those plans. Instead we have a few tired cliches about common back office services and selling surplus buildings. And behind it all, the hope that maybe the detested Westminster will come up with some more money after all.

Two decades ago Donald Dewar said devolution was about Scottish solutions for Scottish problems. Kate Forbes gets half of that: unfortunately it’s the solutions which are missing.